I have only been a member of the MBS since this past May and this was the first master workshop that I’ve attended. 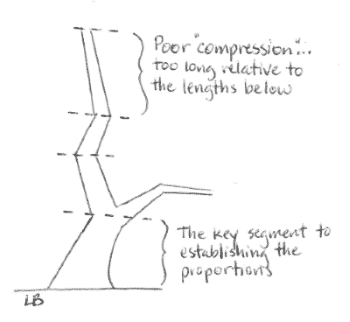 My previous experiences within MBS have included the spring auction, several monthly Bonsai Basics meetings, general meetings, and lending a hand loading display material for the State Fair exhibition. In each of these experiences I have found the members of the society to be very warm, inviting and eager to share their knowledge of, and enthusiasm for, bonsai.

I attended the Sunday morning session where participants were guided through the styling of the boxwoods they were provided with. I wasn’t sure what to expect going in. How many people would be there? What level of experience would they bring? Would I be in the way? As a “silent observer” I felt like I was supposed to be like a ninja or a ghost – nobody should know that I was there. That thinking was immediately put to rest when Ted said that he welcomed questions from silent observers as well.

Ted began by explaining some of the unique qualities and challenges of boxwoods and describing his approach to working with trees. I especially appreciated his comment, “My job is not to have you guys walk out of here with Ted Matson trees.” After three hours (closer to three and a half), four pages of notes and sketches, and a handful of photos, here’s is about a fourth of what I learned and noted…

• The necessary techniques can be learned over the course of a few years. The more challenging learning lasts a lifetime – “knowing the material” and understanding the trees.
• When designing a tree, impression trumps reality and your first impression is often best.
• Trust the process of cleaning and prepping a tree to reveal the solution to the tree’s style.
• Ted emphasized the importance of line and the way that the mind interprets what it sees and makes assumptions. As such the following five “Qualities of Line” were

As the workshop went on, Ted shared a few tid-bits (“Ted-bits”?) which, in my limited experience, ran counter to what I’d heard or read concerning working with bonsai. The first concerned the styles of trees, specifically, that the difference between a semi-cascade and a cascade was that a semi-cascade moves downward, up, and back down again, whereas a cascade simple runs downward. The relationship to the pot was not of importance. The second tidbit was concerning techniques for encouraging back-budding. Ted shared how some Japanese masters “let the tips run” rather than prune the tips. This practice draws the plant’s energy and growth down the branch to promote back-budding; it is remarkable how intuitive they are to the trees and how quickly they achieve results. The third concept that Ted emphasized was the importance of working on a tree in the fall and how this sets the tree up for development in the spring. 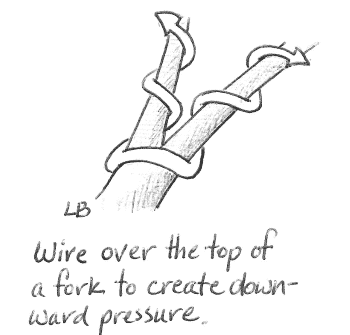 When removing a large branch, shape the base of the cut to match the contour of the trunk. The boxwood heals differently, and over time, the wound will develop a similar texture and appearance as the rest of the bark.• Be cautious when bending branches with many previously pruned branches. These are spots where dry wood can run deep into the branch making it especially susceptible to breakage when bending.
• Give a slight twist to your bend – like a like a corkscrew – rather than just a straight bend.
• Support the base of the branch with one hand and use pliers to grip the wire and bend – the wire pulls the branch rather than the branch pulling the wire 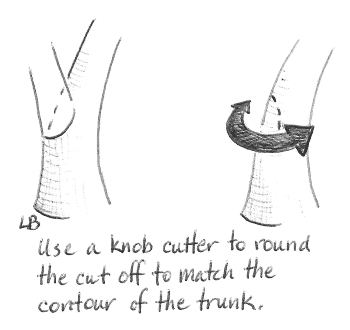 Ted also offered this concoction which he described as a pesticide he uses on his trees. Use at your own discretion. The Not-So-Secret Recipe for Matson’s Miracle Pesticide as recorded by Lucas Bhoem.

Ted shared the following mixture as his very favorite non-toxic pesticide. This mixture will not store, so be prepared to use it or lose it once you mix a batch.

Vigorously agitate the water, Dawn, and vegetable oil together. Separate 1 pint of this mixture. Add 1 teaspoon of rubbing alcohol to the mixed pint and mix again. Apply to your favorite unwanted pests.
(I know that I, for one, can’t wait to spray this on the deer that have ravaged my flower beds this year!)

It was a great weekend, capped by the chance to observe Ted style a tree at the General Meeting the following Tuesday evening. I had never seen a tree transformed so skillfully and artistically in such a short time. The result was impressive and inspiring to say the least. However, I came away with a caution… do not sit in the front row when Ted Matson is presenting his craft… if he has a shears in his hand, he will inevitably gesture his arms in enthusiastic expression and may just prune you! Ted Matson’s relaxed style of presentation, his warm personality, professionalism, and passion were a true treat to experience.