Caption reads: A TOUCH OF BONSAI – Franklin Petri, right, a member of the Minnesota Bonsai Society, helped Sue Vanyo, center, who is blind, learn about one of the dwarf potted trees yesterday, the last day of the annual spring show at Como Park Conservatory. Vanyo and her sister, Therese, St. Paul were among hundreds of people who viewed the wweekend show, which as sponsored by the state bonsai society. Star Photo by Jim McTaggart – May 15, 1978.

Many thanks to Ken Ellis for providing this touching image. 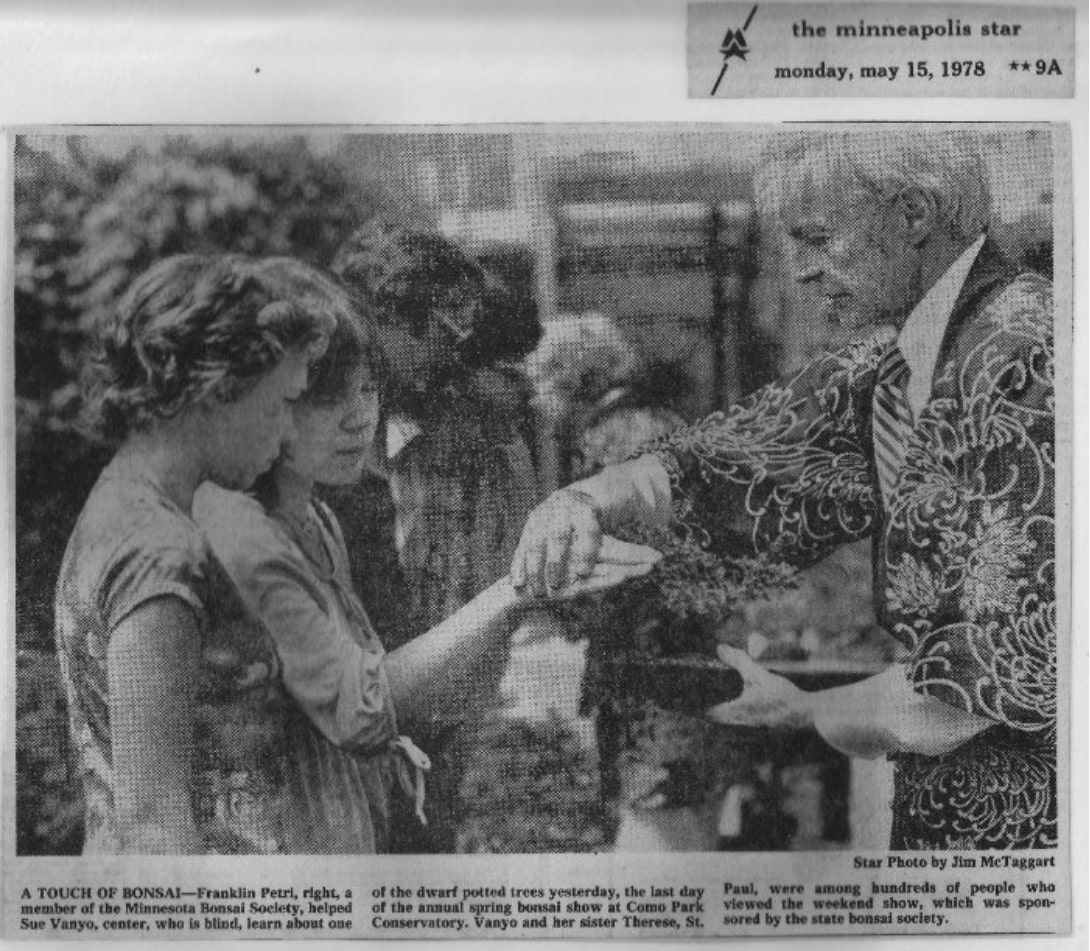